Yes for real, every Sunday I cook lunches for the week.  If you didn’t believe me the past few times I’ve done this post, hopefully  by now you’ll see that its a thing.

This past weekend, Mister came down to Westchester to celebrate (observe?) Passover with my family.  I brought Almond Cloud Cookies both nights (though my first batch with chocolate chips were better than the second batch without), but also made a really great fruit salad for the second night.

I know that fruit salad is pretty basic, and non recipe worthy; but seriously this was good stuff that was surprisingly eaten up fairly quickly for dessert, even with a counter filled with chocolate.

Mister and I went to Stew Leonard’s in Yonkers to get groceries for our Sunday meal prep.  It wasn’t nearly as crowded as we were expecting, and we got through fairly quickly.  While I love the experience of Stew Leonards, it can be hard to stock up on canned or packaged goods.  We took that into account when figuring out what we wanted to cook for the week.

While there, of course we were both hungry and decided to grab burgers there before heading back to Bedford. 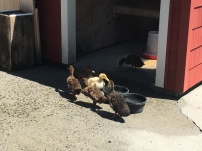 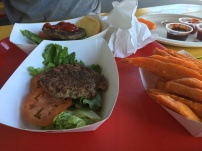 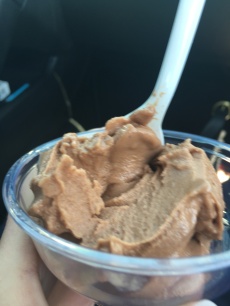 I ogled the baby ducks while we ate our burgers (no bun for me in honor of Passover).  Sweet potato fries on the side that I surprisingly loved considering that I usually hate sweet potato fries.  They were dense, crunchy wedges of sweet potato that felt like a real food, instead of a weirdly soggy sweet potato french fry that I don’t always love.  Mister didn’t love them so much since they weren’t really fry like in taste or appearance I think.  While he went for the car, I went for the ice cream.

They were advertising a new soft serve, dairy free Gelato.  Made with coconut milk, this “ice cream” had a seriously icy almost sorbet like texture, with a heavy coconut kick.  It was okay, but definitely not worth getting again.

Once back at my Dad’s house,  I got to work on lunches while Mister got to work helping on an outside construction project.

I did time myself on this meal prep, since I keep hearing from people that they don’t have the time.  I did the following in about an hour, with the last portion just waiting for chicken to come out of the oven really. 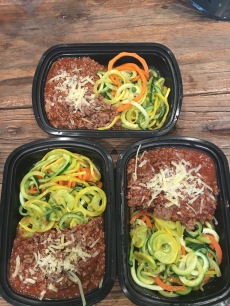 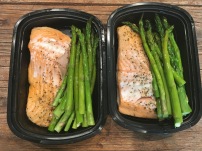 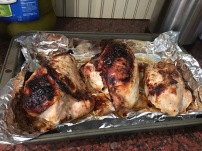 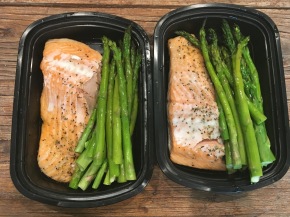 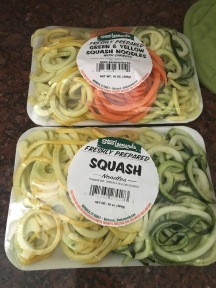 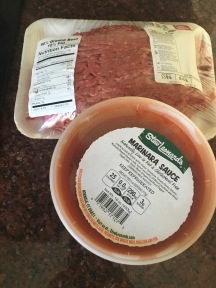 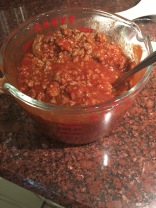 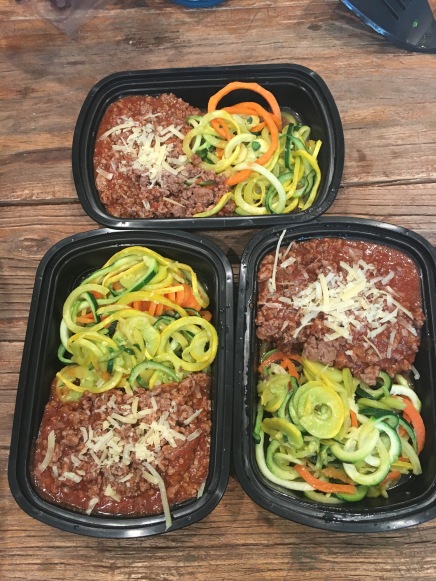 Breakfast will be fruit and greek yogurt (the chobani cups were .99 cents at Stew Leonards).  Dinner will be figured out as we go along, or we can eat the lunches if they get skipped during the day for say takeout with a coworker or a lunch meeting.  Sometimes just figuring out what to make can be the hard part, but Mister and I both agree its so nice to just grab a full meal in its own container from the fridge each day.  We feel better about not resorting to frozen meals, takeout, or just sandwiches every day. 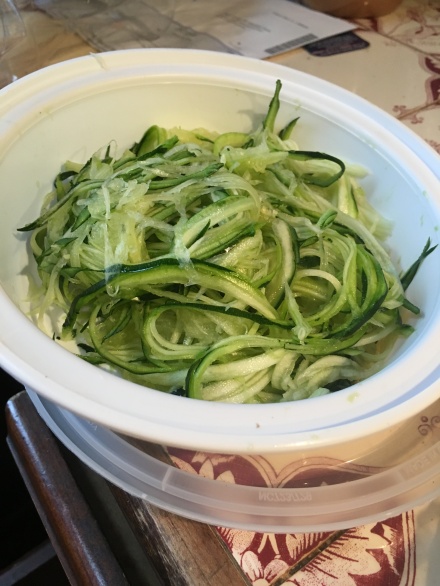 I have no idea if anyone reads this.  Or if the people that do read this even care what I cook every week.  But if you do, this is what I “meal prepped” for this week. 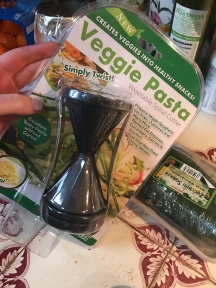 On the menu for this week:

I’ve got a few bags of frozen veggies or burgers in the freezer to mix into the rotation too, just in case. I’m a big fan of Trader Joe’s (frozen) grilled, marinated eggplant and zucchini slices.  They’re an easy meal base, or addition to simple sandwich. I also try to always keep some Trader Joe’s frozen, sliced, fire roasted peppers on hand; they are way more flavorful then plain frozen peppers, and are perfect for omelettes, salads, stir fry etc.